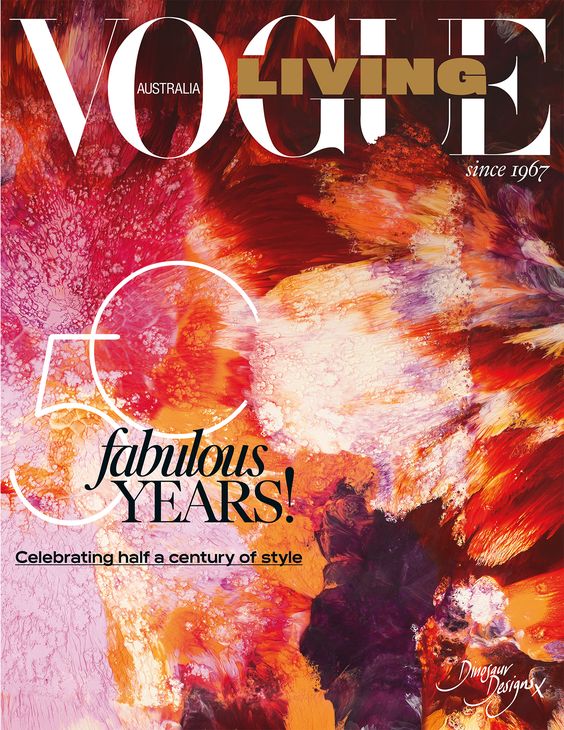 In this year’s May/June issue of Vogue Living, they are celebrating “50 Fabulous Years” since they launched for the first time in 1967.

One of our amazing suppliers “Le Labo” was lucky enough to be featured in one of the spreads “window dressing”, which displays designs and styles from the decades since their initial launch.

Le Labo was first launched in 2006 by designers Emmanuelle Legavre and Herves Langlais and since then has created magnificent pieces.

The first page (showed below) has a 1960’s vibe which is exhibited throughout the interiors furniture, décor and fashion. You can find Le Labo Arabic Bubble (left) and Platines Fractale pieces elegantly hanging on the first page of the spread. 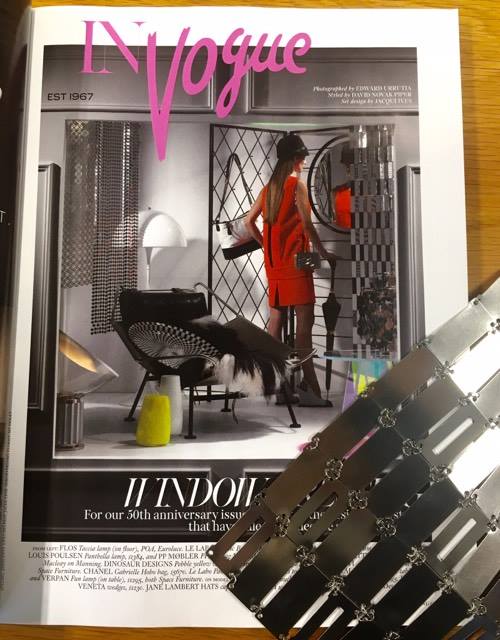 Other trends in the 1960’s that resemble Le Labo can be credited to Andre Courreges and Paco Rabanne for their cutting edge space age chic revolution.

Paco Rabanne was formally trained in architecture then made his debut working for Givenchy and Dior. Paco first made his mark on fashion in 1965 when he released a line of plastic accessories, but in 1966 he expanded this line into jewerally which was featured in Vogue.

Later that year Rabanne changed his design attitude towards jewellery and translated that style into futuristic dresses that were constructed of plastic shapes linked together. This style of dress evolved and shows a strong resemblance towards Le Labos items as shown below. 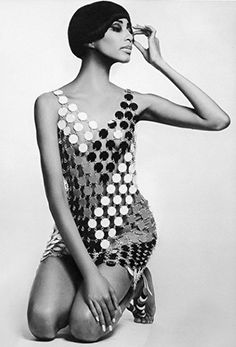 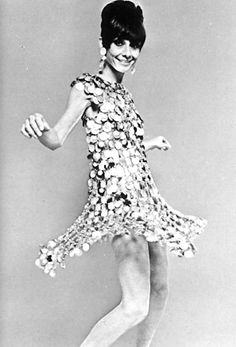 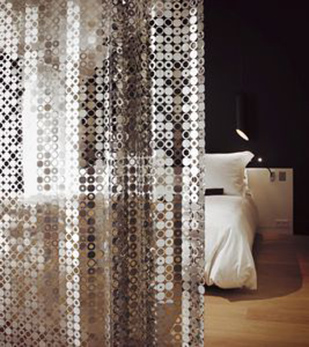 Rabanne is remembered for his innovative materials and unique linking techniques that were classified as non-traditional. His style was controversial and completely rocked the fashion establishment.

Andre Courreges is considered to be one of the most influential fashion designers of the 20th century, changing the way women dressed almost overnight.

He exploited the use of materials and technology and used his influence of modernism and futurism to release his designs.

One of his designs in particular connects to the Le Labo style and that is this dress from 1967 which was featured in Vogue in the same year.

The dress was inspired by tulips and geometry that was targeted as an affordable dress for women. 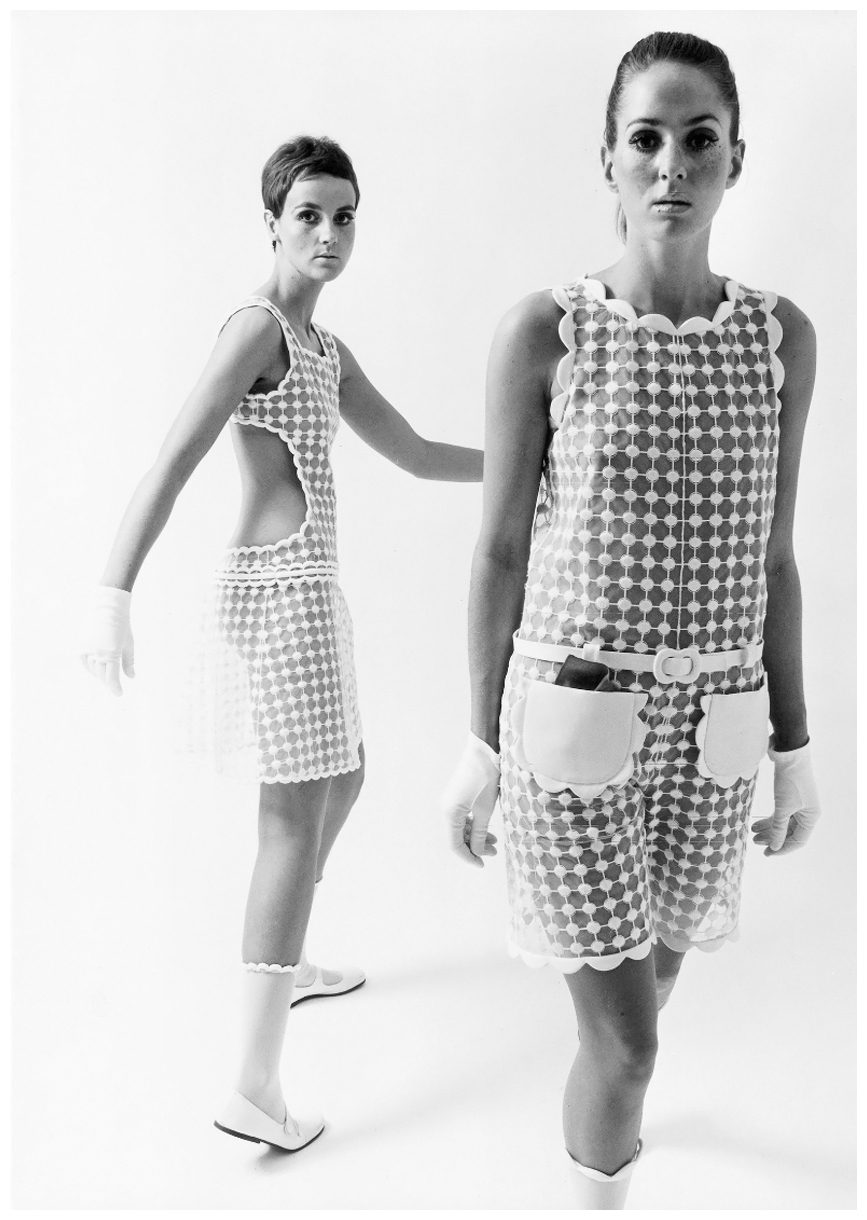 Both of these influential designers made the 1960’s fashion memorable and shows that fashion really does come back around, as seen in the magazine.

Visit any one of Boyacs showrooms to view the Le Labo range!