Friday Files – How is silk made? 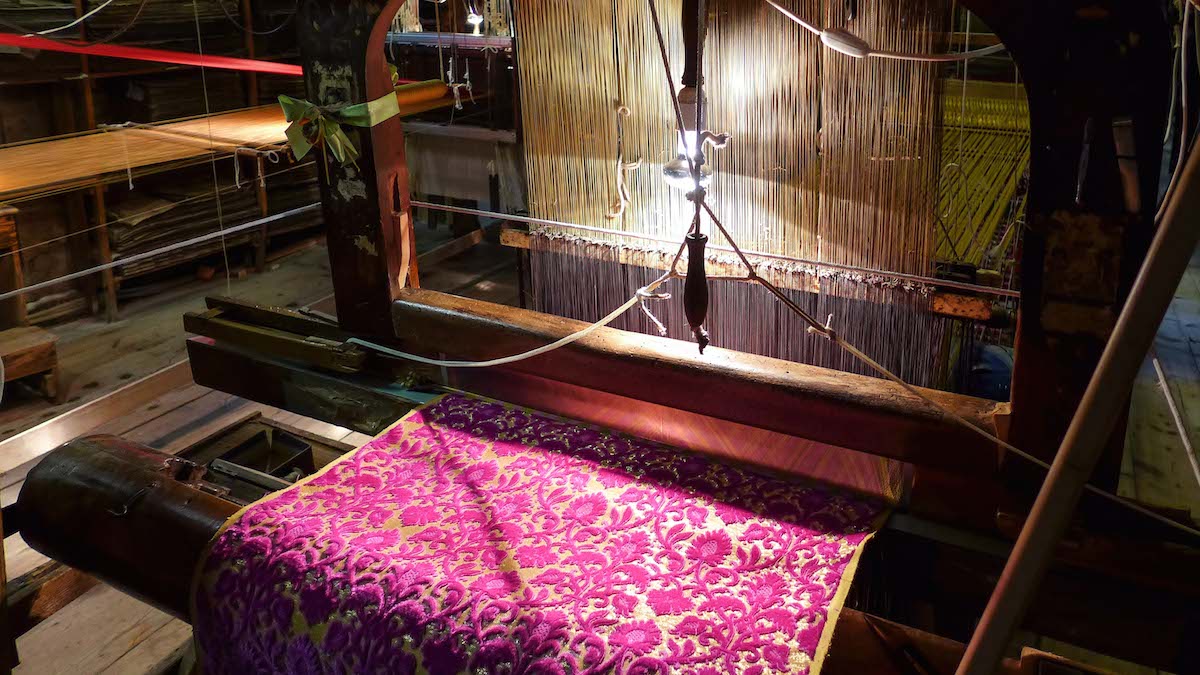 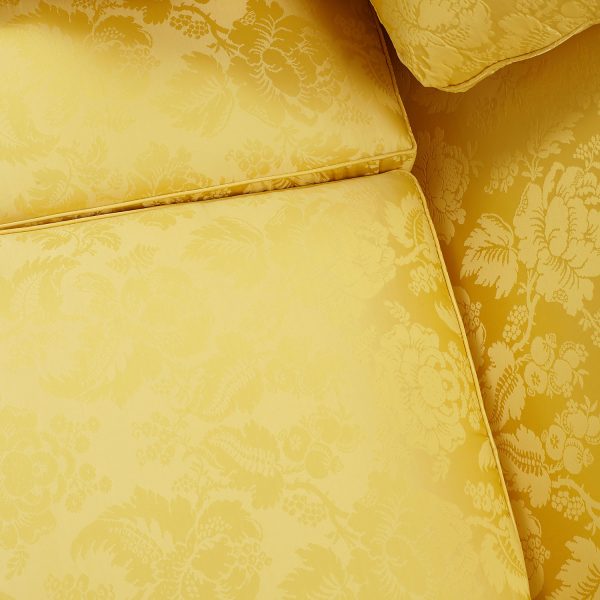 Offered extensively across our fabric collections, silk is a highly valued material because it possesses many excellent properties. Not only does it look lustrous and feel luxurious, but it also is lightweight, resilient and extremely strong.

Silk has been a highly sought-after cloth since it was first harvested thousands of years ago. The origins of silk date back to Ancient China, where it was used for arts and decorations as well as clothing. By the fourth century BC, Alexander the Great is said to have introduced silk to Europe, which became most popular with nobility. By the 8th Century, Spain began producing silk, and 400 years later became a prolific industry in Italy.

How is it produced?

The secret to silk production is the silkworm, which is the caterpillar of the silk moth Bombyx mori. It feeds solely on the leaves of mulberry trees. The silkworm spins a protective cocoon around itself so it can safely transform into a chrysalis.

The cultivation of silkworms for the purpose of producing silk is called sericulture. It involves raising healthy eggs the chrysalis stage when the worm is encased in its silky cocoon. The chrysalis inside is destroyed before it can break out of the cocoon so that the precious silk filament remains intact.

Generally, one cocoon produces between 1000 to 2000 feet of silk filament, made essentially of two elements. To make one yard of silk material, about 3000 cocoons are used. 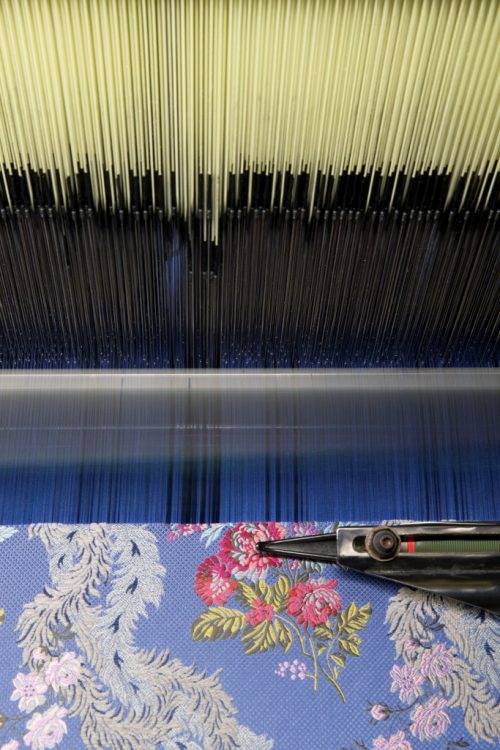 1. Silkworm breeding
2. Feeding the larva mulberry tree leaves
3. Silkworm spinning the cocoon encasing itself
4. Stoving the chrysalis with heat to ensure the silk filament does not break
5. Sorting and softening the cocoons 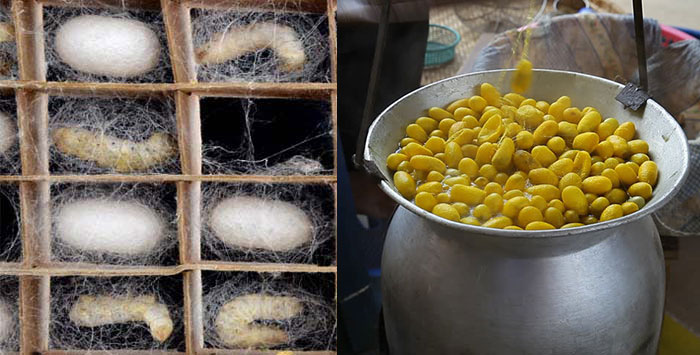 6. Reeling the filament into one long continuous thread.
7. Forming silk yarn by throwing or twisting the reeled silk.
8. De-gumming thrown yearn to achieve distinctive softness and shine by soaking in warm soapy water 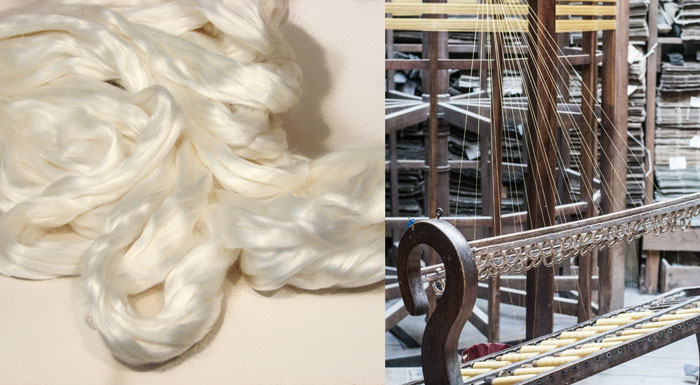 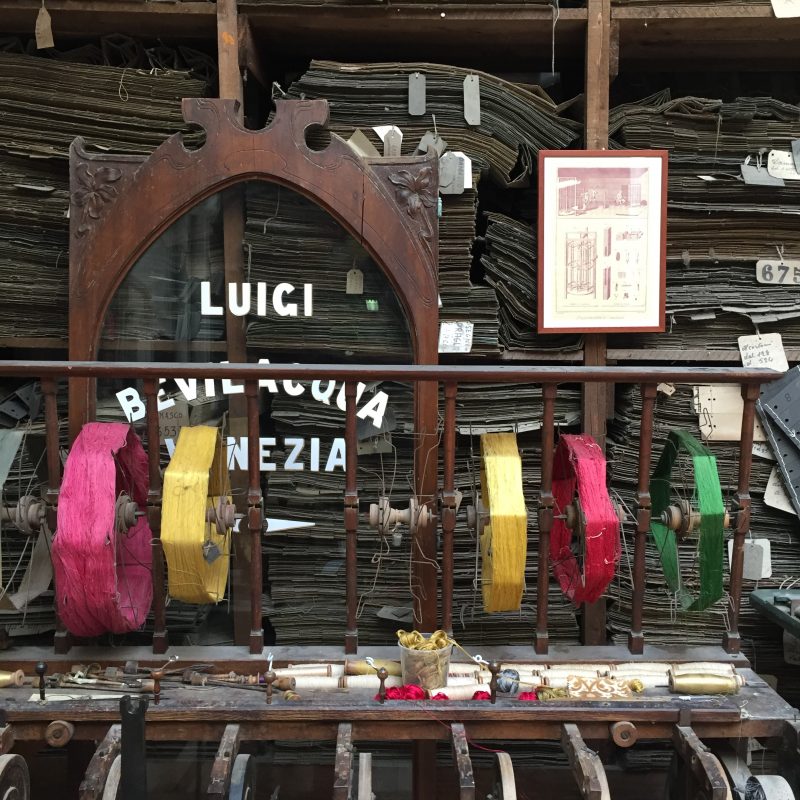 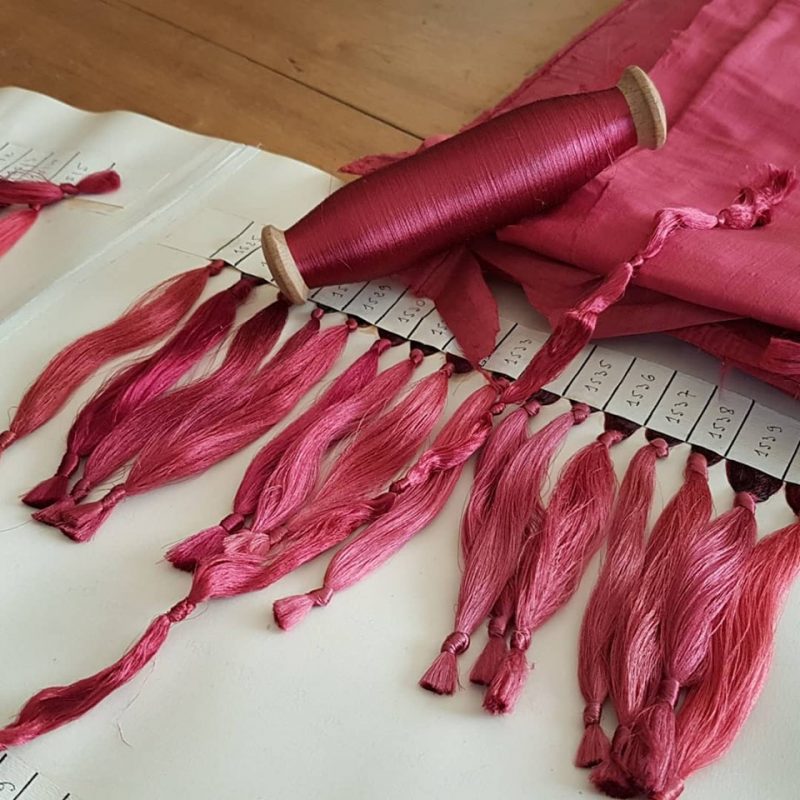