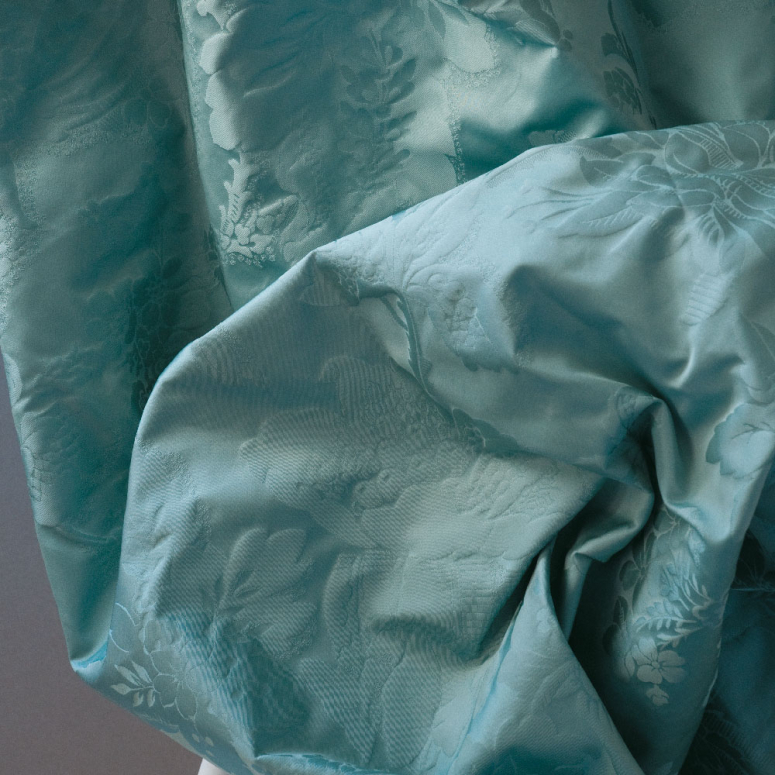 Sericulture has a long history in China, dating from 4th millennium AD.

Silk was a material reserved for the Emperor of China, his family and high dignitaries for a very long time.

Silk was, of course, a luxurious fabric, but did you know that it was also used for a variety of things like fishing-lines, bowstrings, musical instruments or as paper? Silk was present in many aspects of Chinese life and eventually altered Mandarin language, using silk as the ‘key’ of many characters. 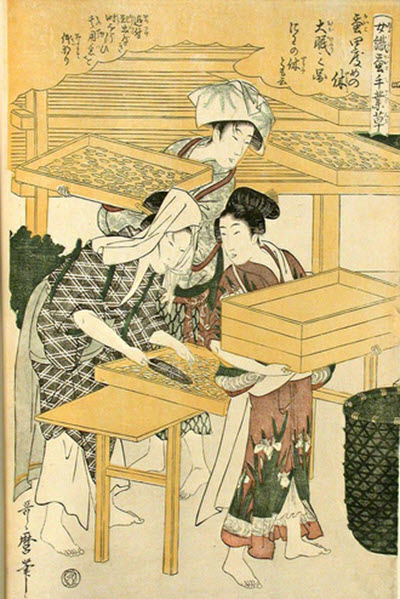 Before paper became widespread throughout China, one would write on bamboo or on silk. Light, convenient and very durable, silk was nonetheless extremely expensive. Later, silk rags were mixed with other fibres to make a luxurious and yet more affordable paper.

Researchers discovered documents written on silk about diverse subjects such as medicine, astrology, meteorology and maps in the tomb of a high dignitary who died around 168 AD, in Mawangdui, Changsha, Hunan.

Recreation of Kai Yuan Za Bao; the original was destroyed during the Cultural Revolution.

In the 8th century, the first Chinese official newspaper and also the world’s first magazine was written on silk. Kaiyuan Za Bao, or Kaiyuan Chao Bao, Bulletin of the Court, was addressed to imperial officials, recounting political and domestic news to the provinces. Hand printed on silk, this gazette appeared between 713 and 734 AD.

Sources for the images: