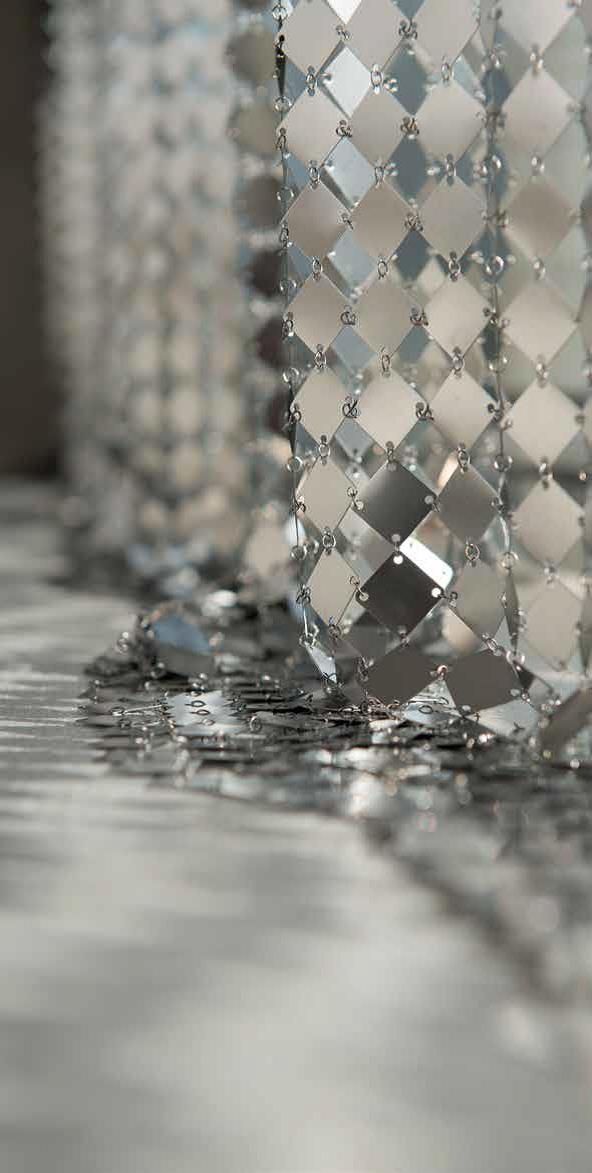 Posted at 08:50h in Blog, Commercial, Fabric, Lighting by admin 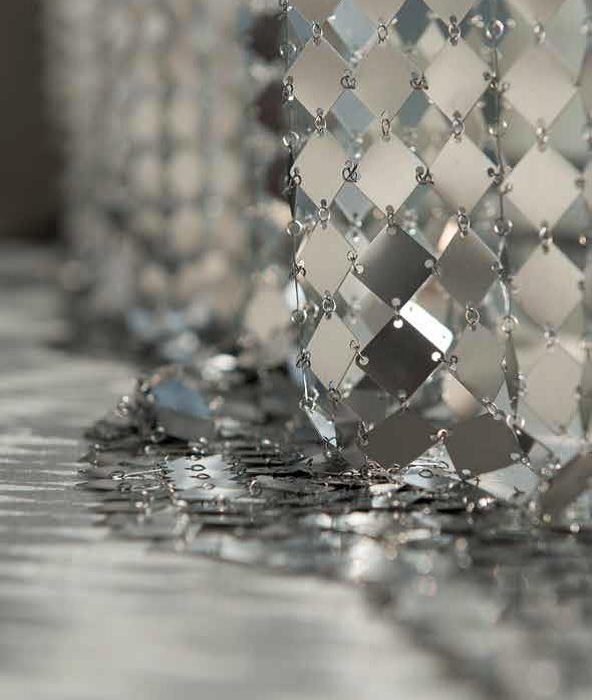 Chainmail has such an interesting history. It is believed to have been invented by the Celts, back in Antiquity. Easy to make and flexible, chainmail was adopted by the Romans and was used as a metal armour, very difficult to penetrate with a blade for centuries. Plate armour tended to replace chainmail in the 14th century with Knights, but the latter was much cheaper explaining why chainmail was still broadly used until the invention of the musket in 1520 and the use of gunpowder.

The name chainmail comes from two words: chain – a series of metal rings to make a ligament and mail – from Latin ‘macula’ meaning ‘mesh of a net’.

The use of chainmail nowadays has changed enormously and is a far cry from its original use. Though, one thing has remained the same, the material is unchanged.

What does chainmail evoke for you today?

The practical aspect has been kept. Going to buy meat from your local butcher, you may have seen them with a chainmail apron or chainmail gloves used a protective gear. Chainmail also protects scuba divers and animal welfare officers against animal bites and claws. 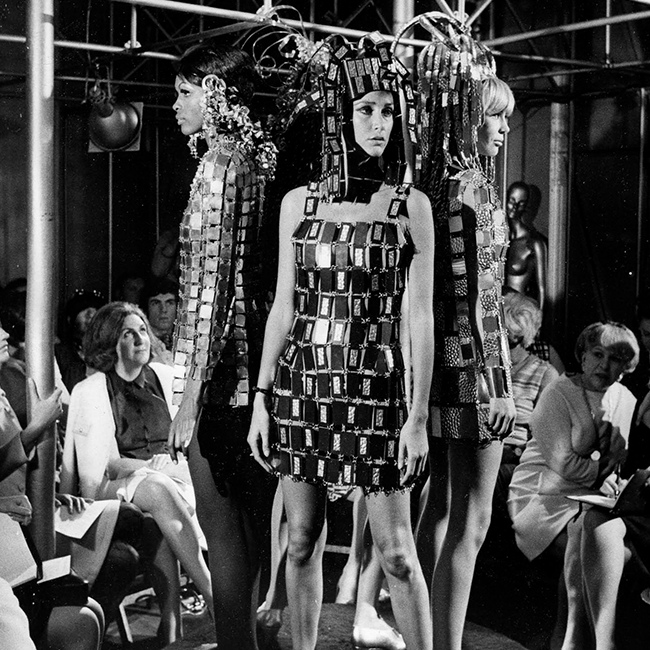 Paco Rabanne embodies metallic fashion, being the first using unusual material for his couture such as paper, plastic and of course metal during the 1960’s. In 1966, he presented “Manifesto: 12 unwearable dresses in contemporary materials”.

In 1969, he launched bags and soon chainmail was to be found on many other objects like fragrance bottles, cutlery and curtains. 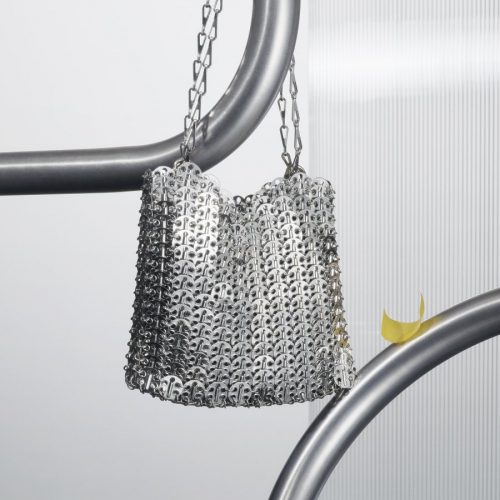 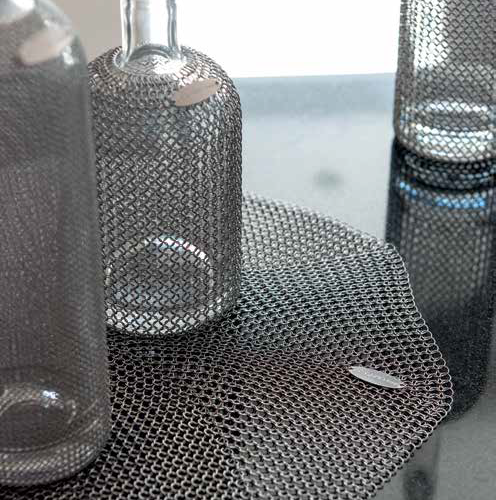 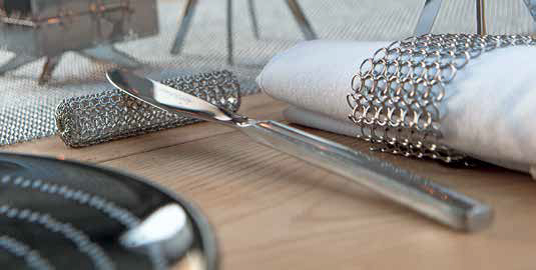 Today, Boyac supplies Le Labo’s chainmail and other metal-based fabrics. Ideal as curtains, they definitely bring a unique touch to any interior.

For those who prefer to combine metal and light on a smaller scale, original and modern lamps fit perfectly either on a bedside table, as lustre or directly on the wall.